A proper 500 mq production site is exclusively dedicated to the REPOWERING of used wind turbines.

Thanks to both know-how and experience of its professional figures and direct cooperation with machines manufacturers, Elettromeccanica CMC srl carries out tests on wind generators and replaces their worn parts to bring them in optimal conditions.
The turbine repowering process is very similar to refurbishing of a used car. Wind turbine is composed of many parts of small dimensions. Some of these parts are exposed to wear and tear, so they need control, deep cleanse, and possibly replacement of deteriorated components. 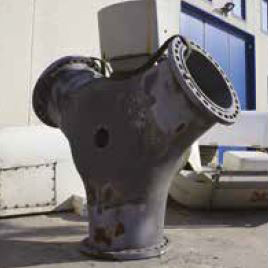 All windmill blades are weighed and balanced. Gears and shafts are inspected and replaced or renewed if they are deteriorated. 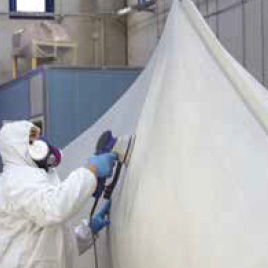 All components are throughly cleaned and exterior parts are sandblasted, treated and painted. All surface cracks and stains that are detected on the blades are repaired. 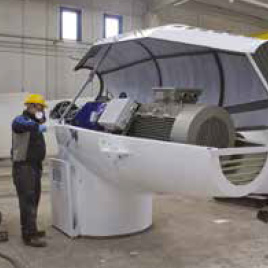 All generators are replaced with new double-speed motors to ensure the start of energy production even with light winds. 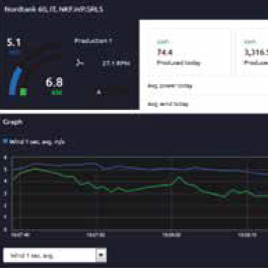 The turbine control system is replaced with TMC 3 controller of Orbital (orbital.dk) or DEIF (wind turbines Vestas). The system also integrates ORrbiSCADA solution which allows constant monitoring of the turbine by smartphones. 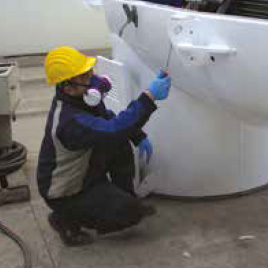 The brake discs and pads are renewed and the welds are inspected to check their integrity. Cables and electrical components are verified in their entirety and are replaced or repaired in case of adaptation to Italian standards. 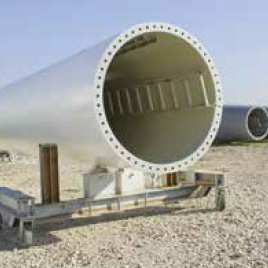 Any component that does not meet the OEM specifications of manufacturer is repaired or replaced. Remanufactured wind turbines are provided with a 2 years warranty.

Today the most common Wind Turbine System is the Wind Generator, currently indicated as the” Wind Machine” as well.

The great problem with these generators is not the scarcity of energy that air masses can provide, but their own irregularities.  The energy contained in air masses, in fact, does not increase linearly with the speed, but exponentially.

The big problem then, is not to catch the wind, but to protect the integrity of wind turbine against wind gustings, especially rotors of generators, and to maneuver it to keep it in the right direction. As result of this, wind speed is greater than “cut off speed”. In order to solve this problem, we propose two solutions: the first one is to invalidate the yaw angle of the windmill’s blades; the second one is to turn the turbine so that it does not oppose resistance to the wind.

In addition to the “cut-off speed”, there are other kinds of wind turbine specific speeds.

The “nominal speed” is the one that allows generator to work with a full load.

The “cut-in speed” is the minimum wind speed necessary to produce energy. Under this threshold, it is not worth producing energy, because no power is produced by wind turbine.

The “limit speed” is the safety speed, i.e the speed that the wind turbine is structurally designed for. Over this speed, the mechanical strength of the structure can collapse, causing irreparably damage to the wind turbine.

The Yaw Control System, developed by Elettromeccanica CMC srl, can be applied to any wind turbine with stall.

“CMC-Yawc” power regulator with active wind turbine stall through nacelle yaw control is a universal microprocessor control system that allows adjusting the power based on wind conditions and air density.
CMC-Yawc power regulator is added to control system of wind turbines, which are originally devoid of pitch control, in order to reduce the power delivery to the desired interval.